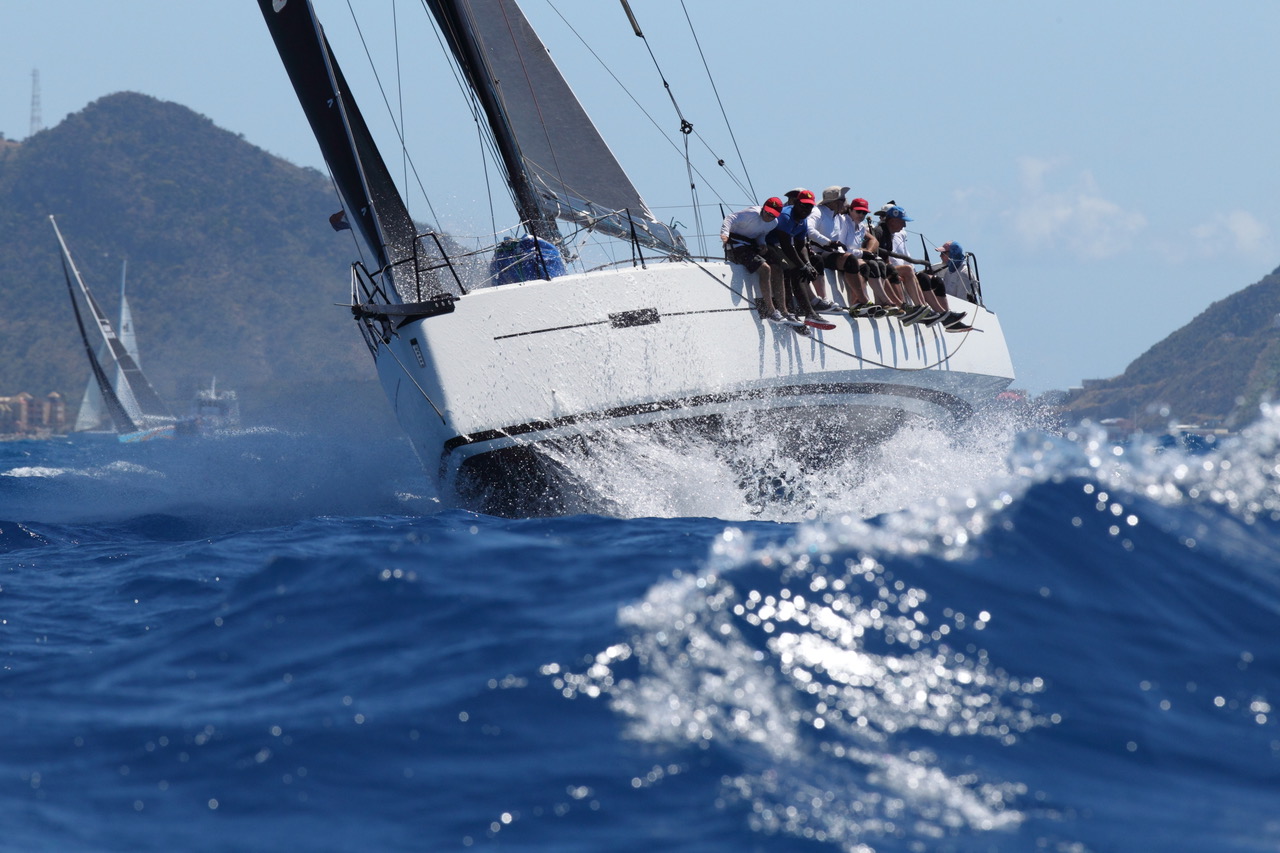 One of the most serious, privately campaigned British offshore race boats will be on the start line of the Transatlantic Race 2019 when the fleet sets sail from Newport, R.I., bound for Cowes, Isle of Wight, United Kingdom, on Tuesday, June 25. Despite only being three years old, Giles Redpath’sPata Negrahas already completed two Atlantic laps. Last year alone she competed in the Newport Bermuda Race and the Atlantic Anniversary Regatta to Hamburg, Germany, which celebrated the 150th anniversary of the German yacht club Norddeutscher Regatta Verein. The 46-footer then went on to win the Royal Ocean Racing Club’s grueling Sevenstar Round Britain and Ireland Race before returning westbound in the RORC Transatlantic Race.

The next major challenge for thePata Negracrew is the Transatlantic Race 2019. Organized jointly by the Royal Yacht Squadron, New York Yacht Club, Royal Ocean Racing Club and Storm Trysail Club, this race is a direct descendant of the first great transatlantic ocean race, which started from New York Harbor on December 11, 1866. The 2019 edition will be the 31st transatlantic race organized by the New York Yacht Club, and it remains one of offshore racing’s most enticing challenges.“Pata Negrawas chartered for the Bermuda to Hamburg race and they had a whale of a time,” recounts Redpath, who, based out of southern England, is professionally an international green energy entrepreneur, investor and developer and CEO of the solar park builder Hive Energy. “When I saw that race, I thought ‘I don’t want to do a southerly crossing again because that is best done with mates, drinking and eating well.' The northerly crossing appealed to me, with its 24-hour daylight and without the same issues of light winds. If you are lucky, you pick up (an easterly moving weather) system, or, worse case, two, and you don’t have to deal with the heat either. That really appealed to me.” 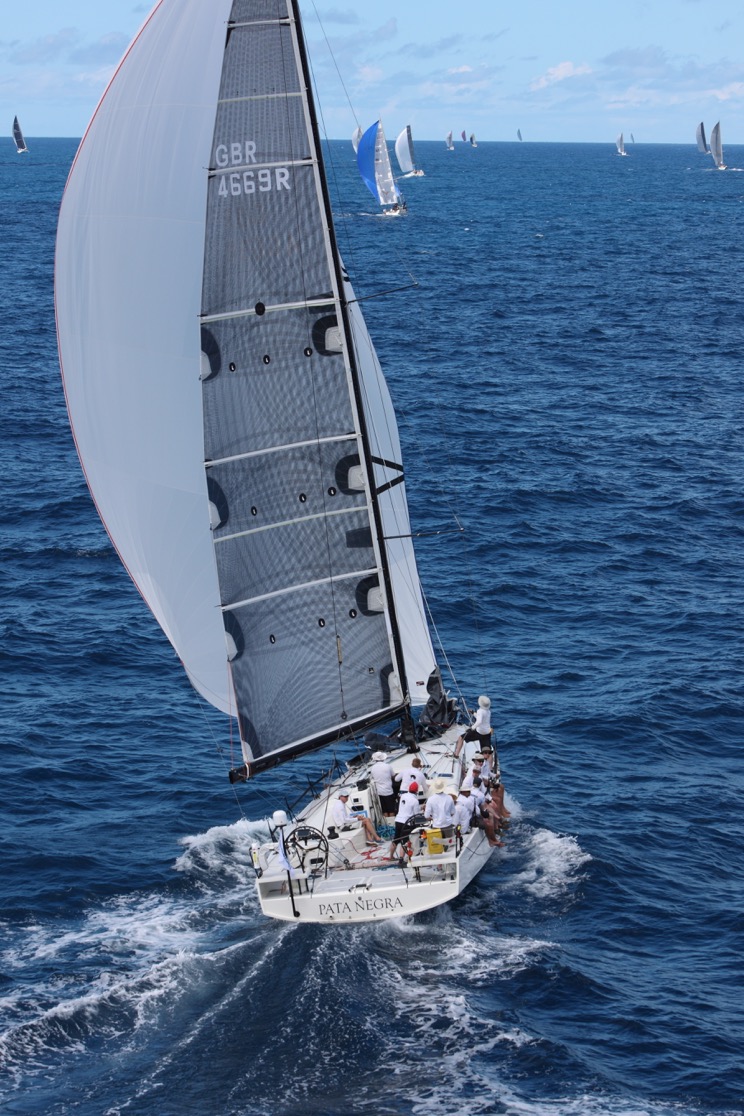 Sailing on board for the Transatlantic Race 2019 is an eclectic mix of sailors and nationalities including boat captain Andrew Lis, the highly experienced American and English crew Thomas Perry and Rob Buchanan, who will handle the navigation and weather, plus Vendée Globe skipper Alex Thomson's younger brother Dave, who was on boardPata Negrain the Round Britain Race last year. There is Rolex Sydney Hobart veteran Mark Griffith who regularly campaigns the Ker 40Showtimein Sydney (with Buchanan as navigator), Chilean Andres Guerra and Jens Krogell from Finland. The ages of the racing crew ranges from 24-year-old former British Keelboat Academy sailor Piers Hugh Smith to 60-year-old James Trafford. “It is huge,” says Lis of the Transatlantic Race 2019. “It is a bucket list race that not many people attempt. It is a humongously historic race, especially including the Lizard for the record timing. Giles likes to hunt out races he hasn’t done before or with history behind them. He doesn’t want to do the same races again and again.”The majority of the crew have never raced across this part of the north Atlantic, which comes with the potential to see icebergs, the supernatural fogs when Gulf Stream and Labrador Current collide, plus prolonged exposure to North Atlantic depressions as they track east with the fleet. But for all of the crew this is the challenge.“For Jens, it will be his first transatlantic," says Lis. "He said, 'If I am going to do one, let’s make it the hardest one out there.'"Even for Lis it will be his first time on this northerly North Atlantic crossing. “We’ll be expecting at least one gale,” he predicts.Pata Negraherself is a special craft, named after the best Spanishjamon, colloquially meaning ‘best of the best’ in Spanish.A heavily chined boat that carries its beam all the way to transom, resembling a mini Volvo 70,Pata Negrais a design by Marc Lombard, a French naval architect with considerable success in the French shorthanded offshore classes including the Mini, Class40 and IMOCA 60. As Redpath explains: “I saw the [Lombard-designed] MC34 and really liked the look of it, with its reverse sheer and its concept, harking back to some of the early chined French designs.” 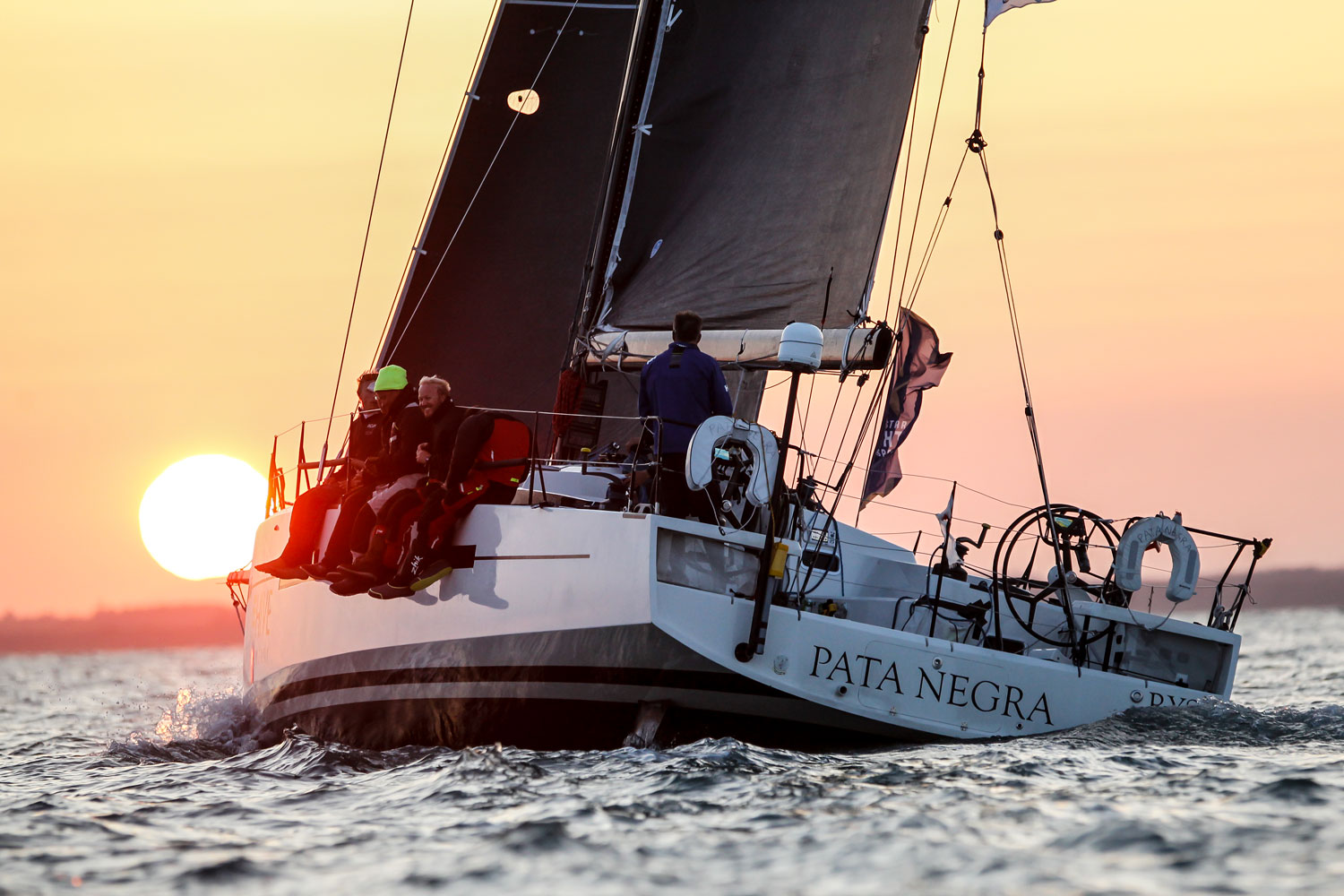 He compares it to being halfway between the smaller designs by JPK Yachts such as the 10.109 and 10.18, which have dominated in most offshore races under IRC in Europe over the last years, and the stripped-out Class40 racers. “The JPKs have more rocker and are more forgiving in the stern and do better in the light with less wetted surface area.Pata Negrais a bit closer to a Class40, a more stable platform when you get into the rough stuff.”Although not designed primarily for going transatlantic,Pata Negrawas conceived for offshore racing, which Redpath readily admits he prefers to inshore. “I just wanted something that was very solidly built and was enjoyable to sail on the longer courses in all types of weather. She has done well in the Fastnet and in the Caribbean 600.” The Rolex Sydney Hobart will also be on the agenda at some point.While she is raced very intensely,Pata Negrais nonetheless a racer/cruiser with an interior, albeit with pipe berths in her aft cabins.Significantly, using Lombard’s huge expertise,Pata Negrais set-up for shorthanded racing and Redpath says he has sailed her thousands of miles two-handed, occasionally with just himself and his daughter on board. “The cockpit layout is set up for it. The boat is incredibly easy to manage, partly because of her hull shape—she has so much form stability and, with 3.6 tonnes [7,936 lbs.] in the keel, she is also very stiff.”If during the Transatlantic Race conditions turn brutal, then thePata Negracrew have the right vessel to look after them as was demonstrated when they endured a 25-knot beat to the Fastnet Rock two years ago. “She is very seaworthy. I have never broached her, not once!” says Redpath. “Her twin rudders are big, but it is quite nice and relaxing sailing with them. When it’s 25 to 30 knots, very dark in really awkward seas and people are getting tired, that’s when there’s likely to be mistakes made on boats that track less well. I think in that stuffPata Negrais very forgiving—you have a large margin of error before she flips out on you.”She is also quick. During the windy RORC Caribbean 600 this year Lis says they saw 24 to 25 knots,Pata Negraconsistently sitting in the high teens and placing 11th overall. At those kinds of speeds, they are anticipating, or perhaps hoping, that the crossing between Newport to Cowes will take 12 to 13 days, a high respectable time for a 46-foot racer/cruiser.